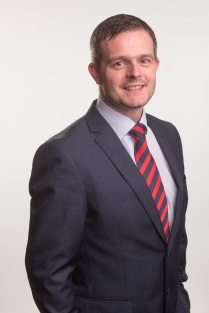 I am 45 years old and live locally with my wife and two teenage children. I grew up in Lisburn and after leaving Lisnagarvey High School, I trained and worked as a butcher in the town. I then joined the Prison Service and later worked as a Northern Ireland Fire and Rescue Officer, serving for a total of sixteen years. I am a regular attender of Maghaberry Elim church, where I serve as a Deacon and a Boys Brigade Officer.

I got involved in politics out of sheer frustration at seeing the lack of political leadership in our country. I felt I could either become apathetic to politics completely, or bite the bullet and get involved myself, and so in 2014 decided to stand for election to the local council. I, being from a Unionist background, felt my natural home would be the Ulster Unionist Party and put myself forward as a candidate in Lisburn. I was overwhelmed with the support for my message, getting elected from a standing start on the first count.

Being a Councillor felt similar to being a Fire and Rescue Officer to me, in that selflessness and public service were key to  healthy council representation, and so I tackled my new political role with the same sense of duty and responsibility to anyone and everyone who asked for assistance. After demonstrating my approach to the council work, the party encouraged me to stand for Stormont in the 2016 Assembly election. I was successfully endorsed by the electorate again. 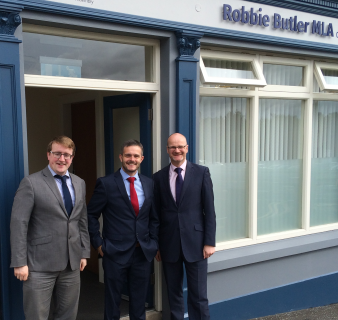 Now after over three years of public representation, I am now one of five MLAs for Lagan Valley and proudly represent all of my constituents. I run a fully staffed constituency office in Bridge Street, Lisburn and spend my time between the office and up at Stormont, working with the same steely determination that sixteen years in the Fire and Rescue Service required.